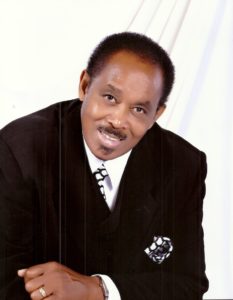 Dr. George A. Martin has been Senior Pastor of Greater Victory Church of God in Christ for the past 21 years.  He is celebrating his 49th year in ministry. Dr. George Martin has performed over 200 marriage ceremonies, counseled many couples and families.  He along with his wife, Ida of 43 years, are the founders of Couples for Christ Partners for Life Ministry now in its 29th year. Greater Victory is a thriving church with over fifty active ministries meeting the needs of the church and the community in which it serves.  Dr. Martin has a heart for Evangelism and loves seeing souls brought to the Lord.  He has many gifts which include prophetic ministry, music, and administration.

He serves in Southern California Third Jurisdiction as a Chief of Staff on the Executive Board and is Chairman on the Ordination Board.  Pastor Martin is the founder and Superintendent of the Bountiful Blessing District.  He is an anointed sought after speaker and respected among his peers.

Dr. Martin hails from Miami Florida where he received his early ministerial training and has traveled extensively across the United States and several countries of the world.  His educational background includes a Doctorate in Ministry from Next Dimension University, as well as certification in Bible Doctrines from C.H. Mason Bible College, distinguished graduate of his class in the United States Army, graduate of San Bernardino Valley College with two Associates of Arts Degrees in Sociology and Liberal Studies and a graduate of Miami Central High School.

Pastor George Martin has been married to the lovely and talented Ida Martin for over 43 years. They have six children and eight grandchildren who are all actively serving in ministry at Greater Victory. He is an anointed vessel, mentor, leader, and visionary.